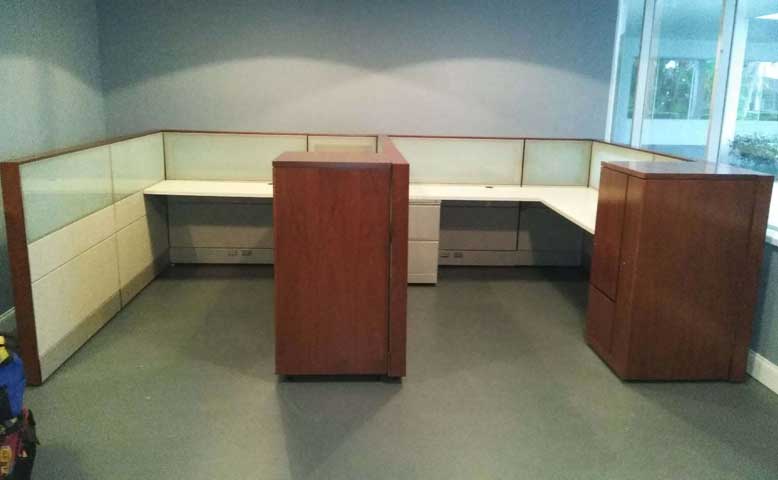 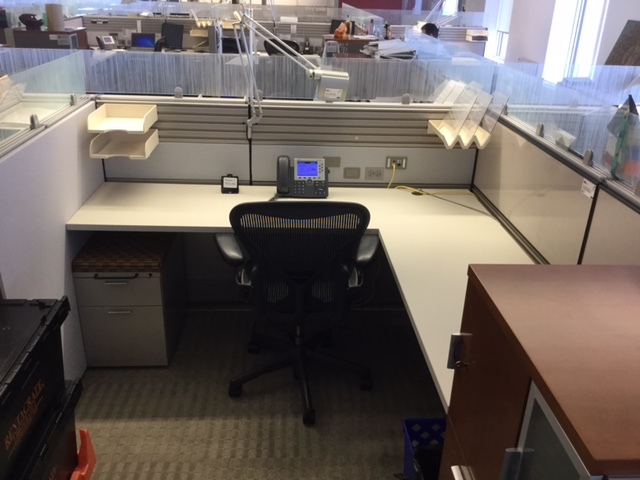 Based out of Zeeland, Michigan, Herman Miller Inc. is an American owned company that produces top of the line home furnishings, office equipment, and furniture. Some of their signature products include the Aeron Chair, Equa Chair, Marshmallow Sofa, Eames Lounge Chair, and Noguchi Table. Herman Miller is accredited with inventing the Action Office II, also known as the Office Cubicle. It came about during 1968 and it was credited to the Director of Research at the time, Robert Propst.

Founded in 1905, Herman Miller was known as the Star Furniture Company in Zeeland, Michigan. The furniture company initially produced durable home furnishings such as bedroom suites whose style fit that particular era. Then, in 1909 Dirk Jan De Pree started working as a clerk for the company, only to become president 10 years later, changing the name to Michigan Star Furniture Co. Alongside his father-in-law Herman Miller, Dirk bought 51% of company stock shares in 1923 and yet again renamed the company to Herman Furniture Company. In 1960 it was reformed into Herman Miller, Inc.

At the turn of the 1930s, they only manufactured traditional wooden furniture. With the upcoming Great Depression, Herman Miller hired Gilbert Rohde, a famous designer whose specialty was creating modernistic designs. Gilbert took the company in an entirely new direction, then in 1933, Miller debuted a special line of furniture at the Chicago Century of Progress Expo. As 1941 rolled in, Herman Miller opened up a showroom in Chicago’s Merchandise Mart and an additional showroom in New York City. With the supervision of Rohde, Miller entered into the office furniture market in 1942, introducing their Modular Executive Office Group, or EOG. It was the first of an extensive office furnishing line to be created by the Miller company.

In 1944 Rohde passed away and was replaced by well-known architect George Nelson, joining the firm in 1945 as Director of Design. The following four decades would have a huge influence on Herman Miller, not just for his many design contributions, but for the skilled designers he hired into the company. Some of these hires included Ray and Charles Eames, Robert Propst, Isamu Noguchi, and Alexander Girard (a Textile Designer). During the late 1940s, Herman Miller Inc. created many popular pieces of furniture under the supervision of George Nelson. Some of which included the Marshmallow Sofa, Eames Lounge Chair, sling sofa, Noguchi Table, and the Ball Clock (which was manufactured by the Howard Miller Clock Company).

Dirk Jan De Pree served as CEO of Herman Miller until 1961, when he was forced to leave the company due to illness. Pree was succeeded by his son, Hugh, who took over as CEO of the company until the mid-1980s. His brother Max became CEO until 1990.

Herman Miller introduced Ann Arbor, Michigan to the Herman Miller Research Division in 1961. Four years later, the research division helped to develop the Action Office, which was supervised by Robert Propst and with designing assistance from the New York Design Studio of George Nelson. Even though the original line was called Action Office I, it was not successful and led to the development of the Action Office II which brought about the Office Cubicle. The Action Office II helped to revolutionize the everyday office environment, generating more than five billion dollars as of 1998.

As the 70s rolled in, Herman Miller Inc. had an increase of designers joining up with the company. Some of the notable additions included Bill Stumpf and Don Chadwick, codesigners of the Equa Chair and then again later they introduced the ever so popular Aeron Chair during the 1990s. At the turn of 1981, Herman Miller got together with Clino T. Castelli, a famous Italian designer, and had a discussion regarding the designing of physical environments. This included Ethospace Design Concept and CMF (Color, Materials, Finish) design. In 1987, Tom Newhouse, another well-known designer, helped to develop the Newhouse Group of Free-Standing Furniture and helped out with the Ethospace wall paneling system for Herman Miller’s Action Office furniture line. Ray Wilkes himself personally designed the Chicklet Chair, also known as the Modular Seating Group.

Local artist Stephen Frykholm achieved notoriety for his many contributions to Herman Miller Inc. He was known for his special series of poster promotions for the Herman Miller Family Picnic during the early 70s and late 80s. These art prints are permanent fixtures in the Museum of Modern Art and sought after by many.