Knoll, Inc. furniture designers have created numerous pieces of exquisite office furniture and more. These include solid wood desks, supportive chairs, textiles, and tables for classroom settings or as home furnishings. Many of which, designed by Florence Knoll — Florence Schust, Harry Bertoia, Maya Lin, Ludwig Mies Van Der Rohe, Frank Gehry, Charles Gwathmey, and Eero Saarinen beneath the KnollStudio Division. Having over forty Knoll design pieces of furniture to select from, which are put on display in The Museum of Modern Art located in NYC.

First founded in 1938, used Knoll Furniture was introduced by Hans Knoll himself. Later during the 1950s, they moved the company to Pennsylvania. In 1955 after the untimely death of Hans, his wife Florence took over as head of the company. The Knolls headquarters can be found in East Greenville, PA with several locations throughout Northern America. Some of these include Muskegon, Grand Rapids, and Toronto, Canada. Knoll also has 2 others in Graffignana and Foligno, Italy. They even have a spot on the New York Stock Exchange as well under KNL.

The Cooper Hewitt, Smithsonian Design Museum presented Knoll with an Achievement and National Design award in 2011.

Knoll Incorporated has a large collection of personal designs featured in museums such as Cooper-Hewitt’s National Museum of Design.

Next came the Tulip Chair in 1956, personally commissioned by Knoll which was followed by the Tulip Table.

There were numerous knock-off imitations which received legal proceedings from Knoll in the 1950s. However, they were dropped a year later because of certain copyright issues.

The Knoll Modernism Prize, also known as The World Monuments Fund, receives special requests for the preservation of modernist architecture.

Their 1st award nomination was received in 2008, received by German-born Winfried Brenne and Franz Jaschke. Both of which worked together for the Brenne Gesellschaft von Architekten firm. Thought to of been a Bauhaus Design School original.

Hubert-Jan Henket and Wessel de Jonge (both founders of Docomomo International), were awarded the 2010 prize. For their love and devotion towards the restoration of Zonnestraal Sanatarium located in Hilversum, The Netherlands. In 2012, architects got together with several college students from Japan, helping to effectively restore the Shikoku Island, Hizychi Elementary School. 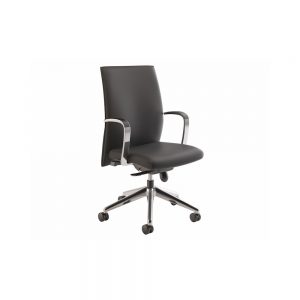